I’ve updated the gallery with photos of Tyler attending the 50th Anniversary Of The Saturn Awards.

I’ve updated the gallery with photos of Tyler attending the UK Launch Event of Paramount+. He walked the red carpet with his Teen Wolf co-stars Holland Roden & Shelley Hennig.

Paramount+ has ordered a Teen Wolf movie revival, and talks are underway with the original cast to return for the one-off film. Additionally, franchise creator Jeff Davis — who is shepherding the pic — is also developing a new Teen Wolf-themed series for MTV titled Wolf Pack. MTV Studios is producing both projects.

Here’s the logline for Teen Wolf Movie: “A full moon rises in Beacon Hills, and with it a terrifying evil has emerged. The wolves are howling once again, calling for the return of Banshees, Werecoyotes, Hellhounds, Kitsunes, and every other shapeshifter in the night. But only a Werewolf like Scott McCall, no longer a teenager yet still an Alpha, can gather both new allies and reunite trusted friends to fight back against what could be the most powerful and deadliest enemy they’ve ever faced.” [Source] 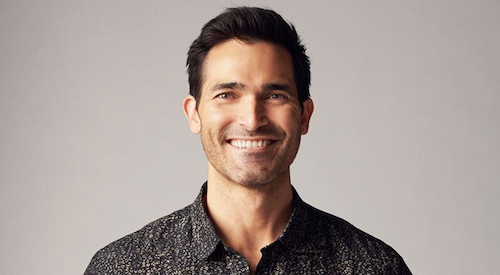 The Smallville Gazette just found its next (albeit extremely meta) front page story: The CW has renewed Superman & Lois for a second season after just one airing, TVLine has learned.

“The phenomenal multi-platform debut of Superman & Lois, which delivered for us in a big way on both a linear and streaming basis, is a testament to the creativity, hard work and dedication of the talented people who worked tirelessly in front of and behind the camera, especially in this challenging environment,” CW CEO Mark Pedowitz said in a statement on Tuesday. “We are thrilled to now have two brand-new bonafide hits in Superman & Lois and Walker, both of which have been renewed for next season along with 11 other of our shows, further positioning us for continued strength and stability for next season.” [More at Source]

I’ve updated the gallery with screencaptures of Tyler as Abe in Palm Springs which is available to stream on Hulu and other VOD services.